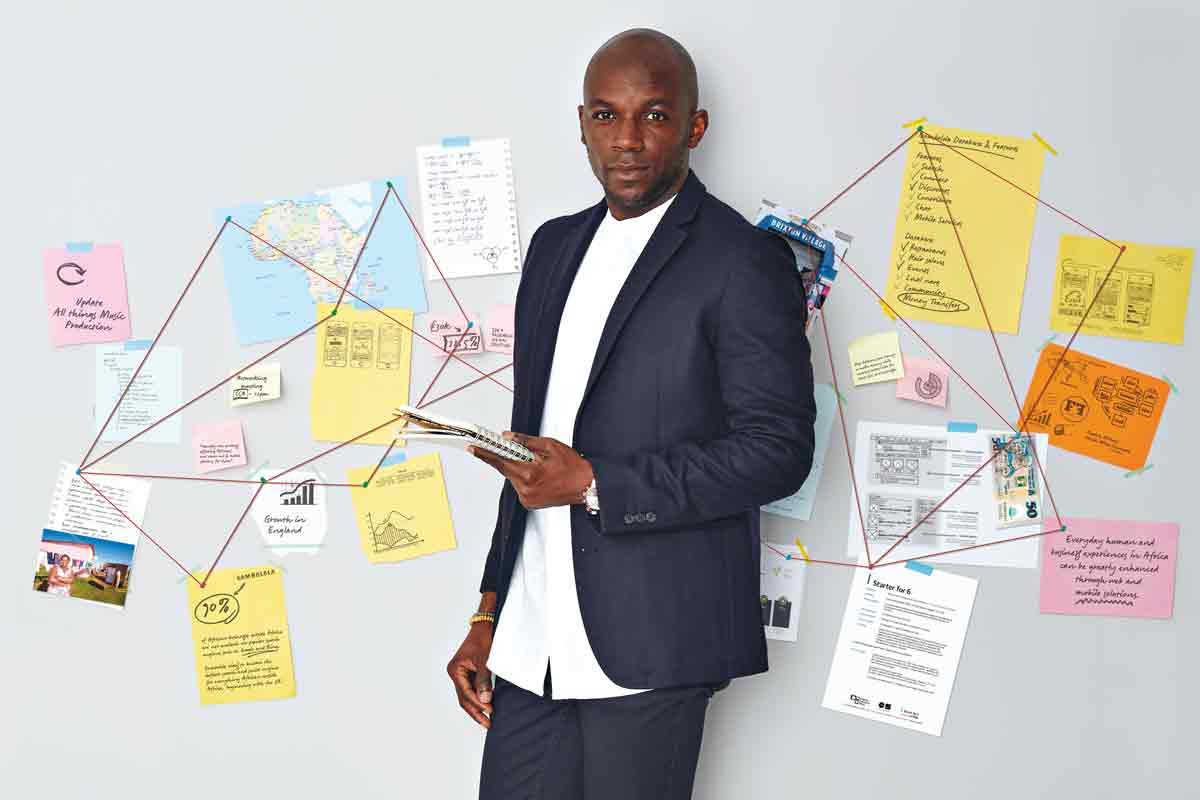 This article about how one student turned a problem into a business idea was published by the Great British Mag content team on January 6, 2019.

Moving to a different country to follow your dreams is exciting and a rewarding experience but there is no doubt the initial weeks and months can be challenging.

You are away from home and your creature comforts. You miss your friends and pine for your favourite things to eat.

This is exactly what Dozie, from Nigeria, experienced when he moved to Scotland to pursue a dream to study in the UK. He started his MA in Innovation and Enterprise at the University of the West of Scotland and all was going well, apart from Dozie missing home.

“It took me two years to find out that the best African restaurant was two streets away from my university accommodation.”

He wanted to connect with the Nigerian community in Scotland and one of his major motivations for this was food. “My cravings for certain snacks and home cooked dishes were getting the better of me and I was trying to find out where I could buy Nigerian food and where the good African restaurants were.

“I turned to the web but nothing showed up and it became apparent that Nigerian businesses were not online.”

This meant that it took him longer than it should have to find out where the Nigerian supermarkets and restaurants were.

“In fact it took me two years to find out that the best African restaurant was just two streets away from my university accommodation!”

Brainstorming and launching the business

Sure enough Dozie found his way around – eventually – but when he went on holiday to Turkey he came across the same problem. Dozie was keen on connecting Africans with all things African outside of their homeland. This got him thinking whether he could turn it into a business too.

He says: “I started sharing my idea with international students and they agreed it was hard to find your community, which prolonged the home sickness.”

This was enough for Dozie to start writing his business plan and launch Fingersfingers with his co-founder, Jonas Atta Boateng.

Fingersfingers is a web and mobile development agency that intends to get African businesses online to increase their profile inside and outside of Africa.

The business has also launched its first mobile App, Gombolola, which is the Ugandan word for community. The App connects Africans outside of Africa with all things African!

“Scotland is a great place to set up a business as there is a lot of government support available.”

Getting support from various Scottish organisations

It was launched in Scotland with the help of Enterprise Campus West, which is a joint initiative between the universities of Aberdeen, Edinburgh and Strathclyde. They work together to support postgraduate students from any Scottish university who want to set up their own business.

Through this support Dozie got the mentoring that he needed to set-up the business as well as free office space to work from. He also had access to lawyers and accountants, which had helped him setup the business without the constant pressure of raising capital to put into the venture.

His university has also sponsored his postgraduate entrepreneur visa which has allowed him to stay in Scotland and launched his business.

Dozie acknowledges this support as one of the key factors in helping him get the business off the ground. He says: “Scotland is a great place to set up a business as there is a lot of government support available. My university also has lots of initiatives to help budding entrepreneurs.”

“In five years Fingersfingers will be the largest tech company in Africa!”

The app is getting good traction in Scotland. This year Dozie is raising finance to expand the coverage of the app to include London, Birmingham and Manchester.

Again, he will be turning to his university and the Scottish government for help. So far he has already raised £100,000 through the SMART Scotland Fund run by the Scottish Enterprise.

As a closing questions, I ask Dozie where he sees his business in five years’ time. He sounds charged by the question and one that I can tell he has pondered on quite a bit. Eventually he confidently responds: “In five years Fingersfingers will be the largest tech company in Africa!”

Well that is quite a forecast but one I can truly buy into!

If you are interested in becoming an entrepreneur in the UK, bear in mind that the Tier 4 visa restricts you from doing so. You can, however, apply for a Tier 1 Graduate Entrepreneurship visa after you have completed your studies. This visa permits you to stay in the UK to pursue your business idea.