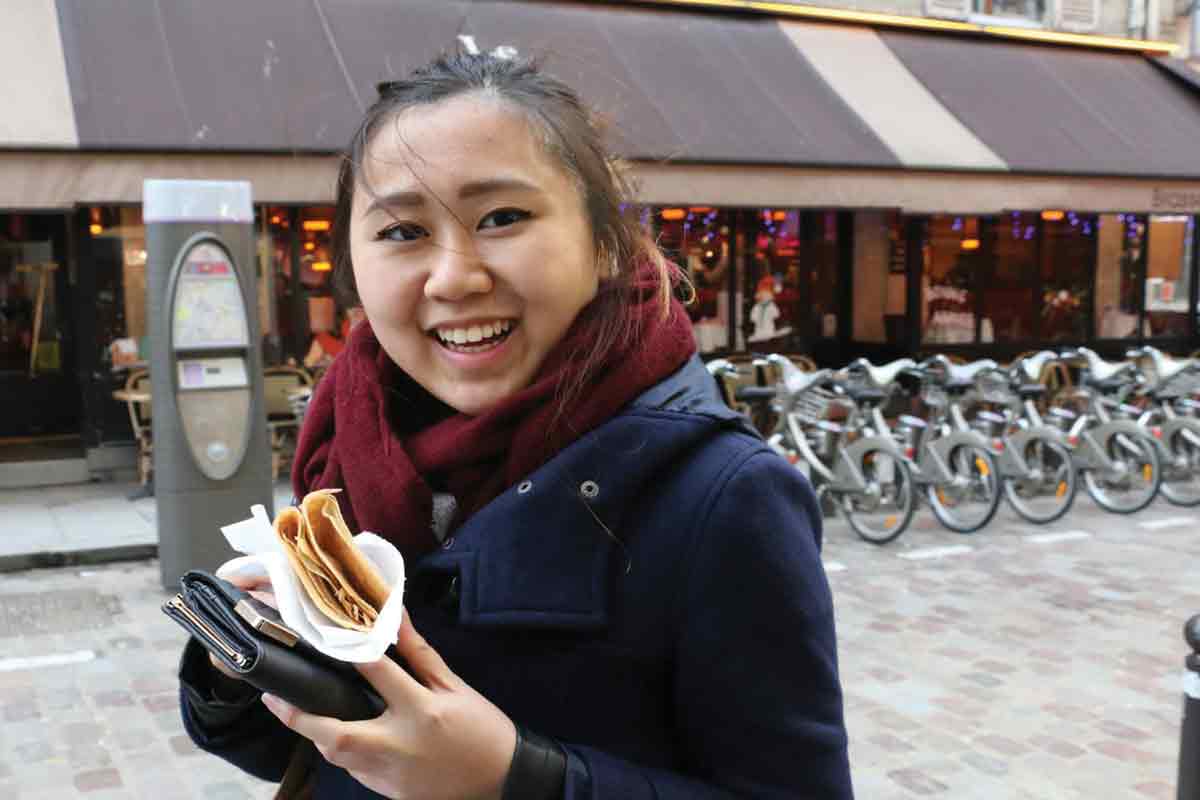 This student’s culinary journey to the UK was published by the Great British Mag content team on April 2, 2019.

It’s 7pm and I’m looking for apartment 150 in a building of flats in West London. From a distance I spot the three numbers and as I approach to knock on the door, a delicious aroma permeates the hallway. It must be here.

I knock softly. I’m quickly greeted by smiley Tze, a 19-year-old Malaysian student studying culinary arts at Le Cordon Bleu, a world leading culinary school that has taught some of the world’s most famous chefs.

Tze, who is simply known as ‘Z’ to her friends, offered to cook for me. I jumped at the offer because her sister, who arranged the interview, mentioned Tze regularly gets the highest marks even though she is the youngest trainee chef in her class.

We sit down in the kitchen. Tze then enthusiastically begins to explain she has prepared Salmon en croute – a dish she has just mastered.

“I am obsessed with all kinds of food.”

She opens the oven door and a delicate scent of baked fish fills the kitchen. After plating it up to look like a masterpiece, she ceremonially brings it to the table and cuts through the golden, crisp pastry to reveal the perfectly cooked salmon.

She proudly invites me to dig in with “dinner is served!”

I am keen to know what attracted Tze to study in the UK. She says that despite having only moved to London last September, it has been her dream since she was five years old. Her ambition is hard to ignore and she goes onto explain she is chasing her dreams of becoming a world-renowned chef one day.

“I am obsessed with all kinds of food – especially when it comes to sweet things. When I was in high school I’d come home and head for the kitchen to bake something. My parents encouraged me and have been very supportive of me moving to London so I can get the best training possible.”

“I think English people are extremely nice which has made the transition of building a new life here much easier.”

“The food scene in London is the best.  You can try almost every cuisine from around the world and the authenticity and quality is just great. As a chef I just love being in this environment. It is just so inspiring.”

Tze also loves the Brits. “I think English people are extremely nice which has made the transition of building a new life here much easier. I won’t lie. It was scary at first because I didn’t know anyone,” she says, “I was nervous and excited at the same time. I had left all my friends back home and I was starting afresh. But I think it has helped me a lot as I am much more confident and outgoing now.”

When asked what she has found hardest to adapt to, she instantly refers to the colloquialisms and the British sense of humour.

She recalls one time when she was in class and a chef mentioned someone was ‘taking the piss’. “I was shocked as I thought it meant something very bad,” she explains. “That evening when I went home I told my sister, who burst into laughter and explained it was a funny way of telling someone they are not taking something seriously or they haven’t done a good job.”

I’m then curious to know whether she has come across any stereotypes. There I see a smile appear from ear to ear.  “Well, I knew British like to drink tea. What surprises me is how much tea they can actually drink,” she laughs.

There is little doubt that this fearless 19-year-old has made London her home. So I ask her what next? Without any hesitation, Tze shares that it’s her dream to one day open her own restaurant in London. She wants to introduce Malaysian cuisine.

For now, she concedes she has more to learn and is hoping to pursue a course in culinary arts management next year. Hopefully this will help her go one step closer to her dream.

With that statement, I finish the last morsel of her delicious food as she offers me a cup of tea!