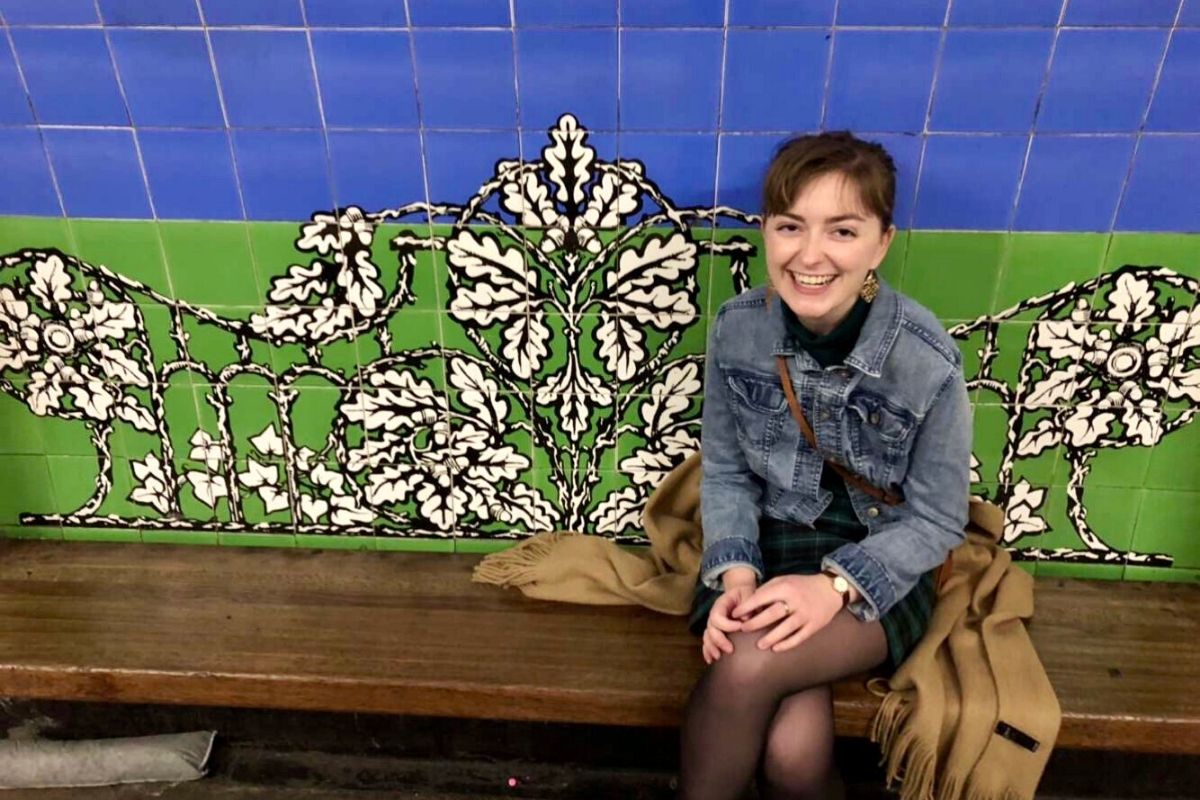 This article by Marin Harrington was updated by the Great British Mag content team on 21 September 2021.

Studying abroad made me a better person in a way that would have been impossible had I remained in the United States.

When I boarded a plane in Omaha, Nebraska (which is a small city in America that is often the butt of jokes for being in the middle of nowhere) to begin my journey to London, I was restless.

The small town where I attended university in the US was isolating and monotonous. Seeing the same few hundred people on campus every day made me self-conscious about nearly everything. I needed a release. A change of pace and a change of scenery. I decided that spending a term in London was the answer.

As sure as I was that studying abroad was something I needed to do, I was terrified to do it. I’d never even taken a flight anywhere myself, let alone moved to a country I’d never been to with people I didn’t know. I’m introverted and awkward when I meet new people and I tend to panic when things don’t go according to plan. There was definitely a chance that studying abroad would not go well for me.

I’m introverted and awkward when I meet new people and I tend to panic when things don’t go according to plan. There was definitely a chance that studying abroad would not go well for me.

Early on I realised I couldn’t count on anything going to plan. If I wanted my time away from home to work and be enjoyable I would have to find my own solutions. I had no time to doubt whether or not I could fix things. All I could do was try.

Take, for example, my very first night in London. My power adapter wouldn’t work. This might not seem like the biggest deal (and in hindsight it wasn’t), but my jet-lagged brain envisioned a horrible domino effect: ‘If I can’t charge my phone, its battery will die before I can put in my British SIM card. My laptop will die, too, so I’ll eventually lose contact with my entire family and the few people I do know in London and I’ll be lost in the universe.’ (If my logic seems ridiculously dramatic, it’s because it is.)

All it actually took to fix the situation was knocking on the door of the girl who lived across the hall and asking if she had a spare adapter I could borrow. That was lesson number one: there was no place for pride and stubbornness. I needed dignity and determination, but if I refused to ask for help, then I remain closed off to thousands of beautiful possibilities. And in remaining open to possibilities, I changed in the sincerest of ways.

After that first night, I faced many more situations that a pre-London version of myself would have treated as life-or-death disasters. The first time a group of us took the Tube by ourselves, the doors closed before one of us could get in. Rather than freaking out, we had to trust that she could figure out how to get to the stop we needed. During a lunch break at my internship, my chin got covered in cheese grease and had been that way during my entire conversation with some very sophisticated Parisians who were too polite to tell me. I was mortified, obviously, but it was also hilarious. I immediately told my friends about it over dinner.

I have countless stories of mistakes and embarrassments in London, but none of those could take away how happy I was there. I woke up each morning excited for no particular reason and curious about what I would discover by accident. And these feelings towards London remained long after its newness wore off and I endured the Tube during rush hour or got drenched by a car driving through a puddle in the street. London is not a perfect city, but I know it is perfect for me.

I did not expect to feel more relaxed in the bustle of central London than in the sleepiness of my US university’s small town. I did not expect that when I interned at a magazine for international students in the UK, I would also learn about life in Pakistan, Australia, Singapore and New York from the most welcoming colleagues.

I did not expect to bond with a classmate from Wales who gasped with joy when she learned that I was from Nebraska because she adored the Bruce Springsteen album of the same name. I could not have predicted that weekly wine, homemade dinner and card games with new friends would make Tuesdays my favorite day of the week. I never would have guessed that I would feel free enough to dance soberly to Dolly Parton in a cocktail bar on a Thursday night because life in London was too short not to.

I did expect to cry when my time studying abroad in London ended. That expectation proved correct, although it did not happen at the time, place or under the circumstances I thought it would.

I did expect to cry when my time studying abroad in London ended. That expectation proved correct, although it did not happen at the time, place or under the circumstances I thought it would.

As the threat of coronavirus increased, I watched students I met from across the world learn that their study abroad programmes were cancelled. I made myself sick with anxiety because I feared mine would get cancelled too. Even though part of me expected it, I was still overwhelmed with devastation when I learned that I needed to leave the UK two months sooner than I initially planned.

As I prepared to leave London, I was more afraid and uncertain than I was when I left the US to come to the UK. I hated that I had said my final goodbyes to professors and colleagues without even knowing it. I burst into tears in public and privately in the kitchen as I cooked burgers for my friends. I was angry that an experience so impactful and joyful was getting taken away from me. I convinced myself that because my time in London was ending, who I had become while in London had to end too. Luckily, that thinking isn’t true.

When my flight home got cancelled with two days’ notice and I had to book a new one that gave me four hours to pack and not a second to process that I was leaving my favorite place in the world, I wanted to shut down. Just like the girl with the broken power adapter on her first night in London wanted to shut down. But that wasn’t an option, so I didn’t cry or panic. I just packed my bags and moved forward.

Back home, where I can’t even sit in the same room as my family because I need to self-quarantine for 14 days, I still ache for London and the people I am now separated from. Yet, I’m proud of myself and my friends who left with me. We conquered our fears about coming to London alone and stuck together during our early departure.

The way I navigated leaving London proved that the flexibility and maturity I gained whilst in London is now part of my character. That makes the whole trip worth it, even if it got cut short.

I am heartbroken for all the students, whether they were studying abroad or not, whose lives and plans are now on hold. The world can be a terrifying place. The entire population’s health, economic security and emotional wellness is at risk, so I understand why I needed to leave London. The trauma of the coronavirus pandemic might make future students hesitant to take the risk of studying abroad, but I believe that continuing to reach out to other cultures is a necessity we cannot abandon.

Two months in London was more than enough time to feel as though I made a home of my own, which is what matters the most. When I go back one day, I will instinctively know to stand on the right side of the escalator in the Underground stations and where to find the falafel wraps for only £3.50 and which path to walk along in Richmond Park to see the deer.

To say that is one of the greatest privileges I’ve known.

10 things international students should know about studying in the UK