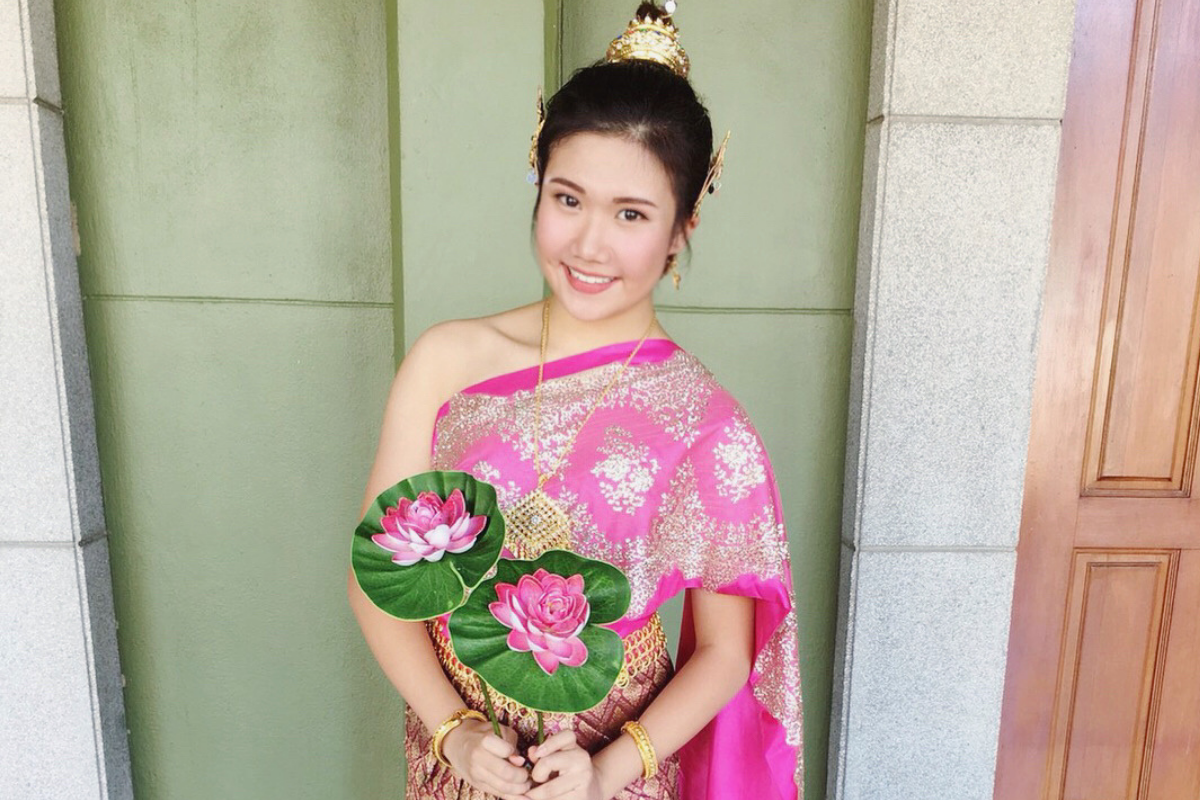 20-year-old traditional Thai dancer, Juné Tiamatakorn, knew that she had to study in the UK to pursue her love for theatre. Juné, who was born in Chiang Mai, Thailand, is now a second year Theatre student at the University of York, but her decision to study abroad was not without its obstacles.

“I wanted to study theatre — but it’s not a popular choice for those coming from Thai backgrounds” says Juné. “My relatives, the older generations, did not approve of me studying theatre. They wanted me to be a doctor, a lawyer, something more stable. It was a tough period for me.”

Nevertheless, Juné was unwavering in her decision to study theatre. When she saw a performance of Thai Khon (a masked traditional dance) she decided to train in the art form in order to persuade her family that “Thai culture does have theatre.” Soon, she was taking part in Khon performances across Thailand — and that’s when she finally won the blessing of her family to study Theatre. So, she looked to the UK to pursue her passions:

“Theatre is really accepted in the UK. It’s something that’s a popular choice for students, not like in Thailand”

“Theatre is really accepted in the UK. It’s something that’s a popular choice for students, not like in Thailand, where you can barely see someone wanting to study theatre. I wanted to try studying in a country that really accepts theatre.”

Juné was excited to move to York in the UK. As she explains: “I gravitated to York. I like a smaller community, a tight knit community, and people who know each other. York has really good facilities for theatre, and they seem to care a lot about the theatre department…Everyone thinks of theatre as a normal degree! I find that really nice and really reassuring.” However, arriving in York wasn’t without its challenges.

“In Thailand there are no self-checkouts, so I found it pretty confusing!”

Initially, Juné felt overwhelmed by the culture shock of moving to a new country: “I was scared to go to the supermarket alone. It’s a UK supermarket, it’s not going to be the same as Thailand!  In Thailand there are no self-checkouts, so I found it pretty confusing!”

She also felt isolated upon her arrival as she arrived on campus before term started in order to settle into York with other international students, but found the experience “so lonely.” And she felt that “there wasn’t enough support for international students. It wasn’t clear enough where we could go to seek support.”

This experience inspired Juné to run for International Students’ Officer, a role which she successfully took up in June 2021. Although she had a hard time when she first arrived in the UK as an international student, she was determined that others would not feel the same.

In her role as International Students’ Officer, Juné is planning fieldtrips in York for incoming international students, where they will be shown around the city centre and directed to supermarkets where they can find food and supplies. She also plans to start weekly gatherings for Black, Asian and Minority ethnic groups to meet up with international students over coffee and tea. As she says, “because of Covid-19, people feel like they don’t have any friends. So, we want to provide that kind of support for them.”

Juné felt that her proudest achievement as a York student so far, was serving as secretary of the University of York’s Anti-Racist Society. Although she stresses that she has never been racially discriminated against on campus, she is all too aware that as “as an international and BAME student, discrimination and racism can appear sometimes.”

As secretary of the University of York’s Anti-Racist Society, Juné hosted speakers such as world-renowned author Kehinde Andrews. As she says: “He is an amazing person who promotes people to stand up to racism.” Juné hopes that guest speakers such as Kehinde Andrews will “make people understand that [racism] is there and that we should be anti-racist.”

As a student on a scriptwriting module, she noticed that as one of the “only BAME students in that seminar” she had never been cast in anything.

And as if she hadn’t got her plate full, Juné has taken on the project of overhauling the University of York’s Theatre Department to ensure that student casting upholds diversity. As a student on a scriptwriting module, she noticed that as one of the “only BAME students in that seminar” she had never been cast in anything. And whilst she stresses that casting decisions were not made “out of ill-intention”, she realised that something had to change.

After speaking with her tutor, the Theatre Department has now changed the way casting for that module works. As she explains: “People cannot cast their own characters anymore – people have to audition to be in the cast. It gives people the chance to try out what they want and for BAME students to show their abilities as well and get to know other people on the course more.”

Juné hopes to stay in the UK after she graduates. As she says, “I really enjoy theatre here. I like learning about new theatres and new plays. It’s really nice to meet many kinds of people.”

And of course, Thai Khon will feature too: “I would teach home students about Khon. It’s not known enough at all! The costumes are amazing. The acrobatics are amazing.”