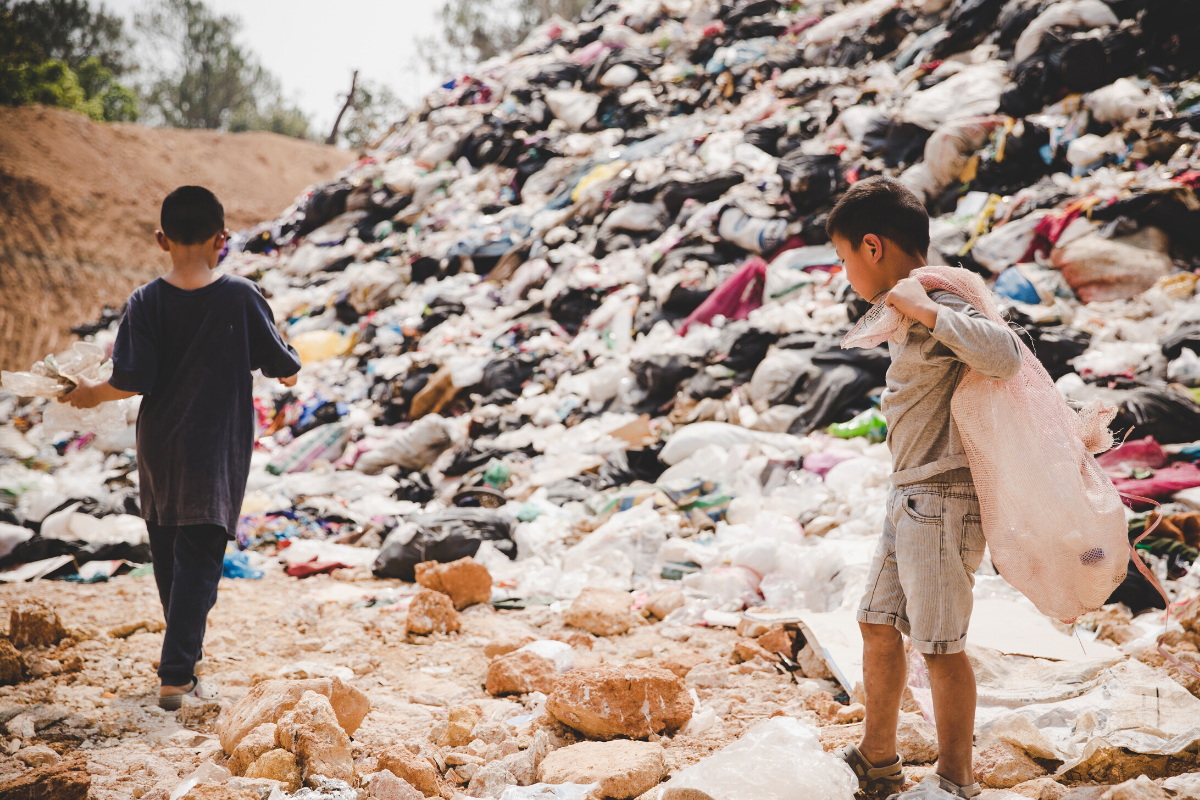 This article was published by the Great British Mag content team on 3rd February 2022.

When 19-year old Udit Singhal, a Management Science student at University College London, first learnt about the landfill waste crisis in India – he felt compelled to act. As Udit, says: “In India, we have the Taj-Mahal, one of the seven wonders of the world, but on the other hand, we have landfills twice as high.”

Driving past the “mountainous” bottles in the Ghazipur landfill, in his home town of New Delhi, Udit realised that the glass waste problem in India posed a “silent crisis” for the nation.

As Udit explains, when “glass is dumped into landfills, it doesn’t decompose for a million years. The environmental implication of these landfills “disturbed” him, as did the ramifications to the quality of life of people who live close to the landfill site. As Udit states, “Of course, in India, with a 1.3 billion population, you need housing and a lot of houses are close to landfills…It’s not a nice thing to see, it is an eyesore.”

To find a solution to this problem, Udit founded his zero-waste ecosystem, Glass 2 Sand, whereby glass bottles are collected before they end up in landfills and crushed into silica sand – a material used in construction to line roads. As Udit expresses, Glass 2 Sand was his “attempt to nip this silent crisis in the bud, before it became the next plastic crisis that the world is now trying to solve.”

Yet it wasn’t so easy for Udit to set up his initiative at such a young age. As Udit expresses, he wasn’t always taken seriously, and he struggled to convince corporations to use his initiative to recycle their glass bottles. As he says: “I learnt that some organisations were only blowing the environment trumpet for their image but in reality were unwilling to use my initiative.”

“I learnt that some organisations were only blowing the environment trumpet for their image.’

In spite of these setbacks Udit has been able to recruit 252 active volunteers who collect glass bottles from across New Delhi and thousands of bottles have now been recycled. And Udit remains driven to seek solutions to solve the climate crisis. In part, he chose to study at University College London for its reputation in driving sustainability (UCL has committed to net-zero carbon emissions by 2030) and for the Management Science course that he hopes will equip him with the skills he needs to continue his career in the sustainability sector.

His proudest moment as a student so far, he says, is when he was given the opportunity to advise UCL’s Sustainability Team on their strategy – ” As a student, at my age, being able to work for an institution like that, it’s a real achievement for me.”

And like most young people he sees the growing risks of climate change on how habitable our future planet will be and believes that young people will be the ones to ultimately find a solution to the crisis. As he says, “when it comes to climate action, I tend to err on the side of optimism” but he goes onto say he did find the COP-26 Summit “disappointing” even though it was a great testament to people coming together from all over the world to discuss such a pressing crisis, he feels no concrete plans for decarbonisation were discussed.

Given glass waste is a global problem Udit has eyes set on driving climate solutions – including the UK, where 400,000 tonnes of glass end up in landfills every year. And he puts this down to the recycling system being weak and outdated in the UK because only the highest quality glass is recycled, with most ending in landfills.

In his words, he would “love to bring this solution into other parts of the world” but didn’t give too much away about his plans because, for now, he is enjoying being a student at UCL, a university he is proud to be part of because of its founding purpose to break down the barriers of class, religion, and nationality.

And he enthusiastically claims his biggest achievement isn’t being nominated as a United Nations Young Leader in 2020 but the amazing friends he has made as a student in the UK.