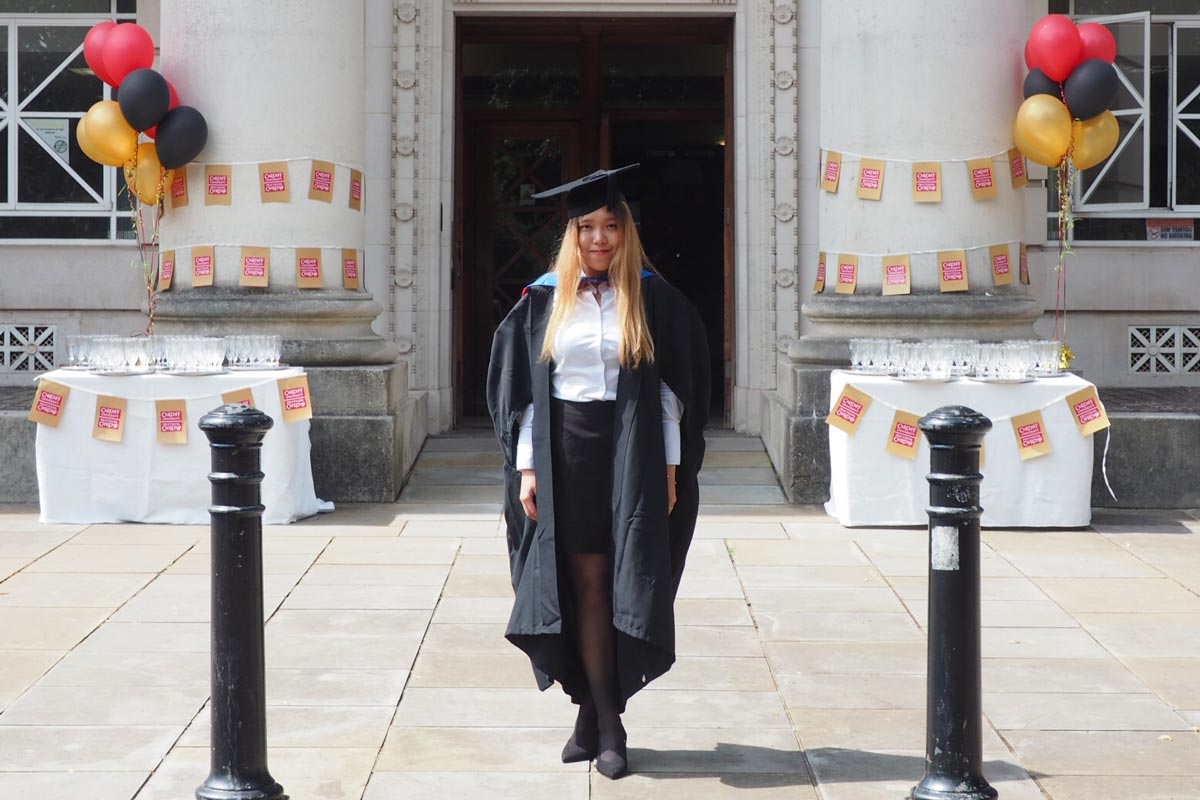 Two years ago, I made up my mind to pursue my postgraduate study in Cardiff, Wales. Till today I believe it was the most life-changing decision I have ever made. Because if I didn’t do that, I wouldn’t be sitting in an office in London writing this right now.

I was born and raised in Hong Kong and I had always lived with my family until September 2016. I was excited to move to the UK because it meant I’d be moving out of my parents’ home after spending two decades with them. There were a lot of sad goodbyes, but I couldn’t wait to find out what was waiting for me on a different continent.

I was so starry-eyed that I didn’t really prepare myself for problems that might arise. And the reality did hit me quite hard after I arrived. I must admit the whole experience was quite daunting at the beginning.

It was a 13-hour flight from Hong Kong to London, then I travelled by train for another three hours to get to Cardiff on the first day. After I dropped off my luggage at the student accommodation – the place I’d be calling home for the next nine months, I went to pick up my student card and bank letter before I went grocery shopping, which was quite an experience not least struggling with the local currency.

By the time I got home it was late. I was exhausted and hungry, but I had no energy to cook so had a bowl of cereal.

“I gave myself a good ten-minute pep talk in the mirror before I pulled myself together. That was certainly a tough time.”

This is when it dawned on me that I was completely alone – there was no mum who would welcome me with open arms and a table of food. Loneliness crept in and I had never felt that way before. I gave myself a good ten-minute pep talk in the mirror before I pulled myself together. That was certainly a tough time.

Just when I thought things couldn’t get worse, jet lag kicked in. I basically would wake up at five o’ clock every morning during the first week. I would stare out of the window into darkness while listening to seagulls squawking. Then I would ring my parents who were 6,000 miles away from me and seven hours ahead. Their voices were the sweetest remedy for my loneliness.

Obviously, it did help tremendously to go out and meet new people. I tried to go to activities hosted by the Student Union as much as possible, be it movie nights, pub quiz nights or welcoming talks. Friendships began to sprout from there. On the third night in Cardiff I went out with my friends to the pub, a quintessential British occasion. During the first weekend we went on a picnic and on that same day I was invited to my first ever house party.

My experience taught me to work up the courage to befriend someone because chances are they want the same but are just too shy to ask. I even met my current boyfriend during Freshers’ Week!

As I was raised in an Asian culture it wasn’t a surprise to me that I found some aspects of British culture a bit strange, especially with the way people interact. One thing I found weirdly difficult to handle as a newbie was Brits’ friendliness, which is so ironic as that’s exactly what I was looking for.

Nevertheless, it took me a while to get used to the cashier at Poundland calling me “darling.” The first few times it happened I was shocked because in my culture we only call someone we are very close to “darling.” But I quickly became used to people calling me “sweetie” or “love” and I actually quite like it now.

The other thing I have adopted is “small talk.” It’s something Brits love and in a nutshell it’s when you have a polite conversation about trivial matters. Brits particularly like to chat about the weather (it rains a lot here) and they pretty much talk about it anytime, anywhere. I’m used to it now but the first time it happened to me I was in a ridiculously long Costa queue and I was totally caught off guard.

“At first, I thought that person might have mistaken me for someone else. Then I thought they might be trying to mug me.”

At first, I thought that person might have mistaken me for someone else. Then I thought they might be trying to mug me so I triple-checked my purse to ensure it was securely zipped. I was wrong. He was genuinely looking for nothing but a good chat.

Now that I better understand British culture my initial experiences and observations make me laugh. I still cringe about my fears, but these awkward experiences are part and parcel of getting used to a new culture.

A big part of feeling at home in Cardiff and getting used to British culture has been to be open to new things. I embraced colloquialisms and had some fun incorporating them into my vocabulary. Even if you get them wrong they are always a great conversation opener.

After I graduated I moved to London to embark on my career as a magazine journalist. It still seems unreal to me that in a matter of two years I’ve evolved so much and feel as home in Cardiff and London as I do in Hong Kong. This probably wouldn’t have happened if I didn’t make the leap to get out of my comfort zone.

Moving to a new country is not easy, especially on your own. You might feel awkward and out of place at the beginning, but it is truly a magical experience in retrospect.

How one student turned a problem into a business idea