This UK Student Story was published by the Great British Mag content team on 19 August, 2019

Ahmed Emara, from Egypt, had never thought about leading the Student Union when he took his place at the University of the West of England. Instead he was looking forward to living in the UK and starting his Masters in International Banking and Finance Law.

Yet in a few weeks he is to take up the position of SU President. What changed?

Ahmed’s answer is simple: “It is about a collective sense of responsibility. Feeling that being at university isn’t just about studying. It is about making the time students have at university the best it can be.”

Within two months of arriving Ahmed put himself forward for the role of SU President. It is arguably the most high-profile position a student can have. He admits that it was a lot tougher than he expected and he wasn’t fully prepared.

He was undeterred by his defeat and ran for Campus Officer. He was successful in securing that position, which helped him prepare for running for the SU President role again.

One of his biggest motivations to become president has been the need for more unity and integration on campus between home students and international students. He feels passionate that international students should see their time in the UK as an opportunity to build a global alumni. They should also push themselves to try new things and challenge themselves outside of their studies.

He is quick to point out that international students do face distinct challenges. “I come from an Arabic-speaking country and a very different culture to the one in the UK. And I have had to work incredibly hard to understand British culture, so it makes me sad that some people on campus can be dismissive of me because I speak with an accent.”

His campaigning has centred around unifying all students at UWE to see themselves as part of one big, inclusive family. The family can help and support each other and most of all celebrate each other’s differences.

A unique part of his campaign was the creation of a Facebook page that spread positive posts around campus. This is to help students cope with student life and particularly help international students deal with being homesick.

“My advice, without a doubt, is get involved!”

Whilst Ahmed is not the first SU President at UWE to be an international student he hopes his perspective will help him bring the student community at UWE together.

Ahmed has achieved his vision to bring change to campus life. By thinking big he has landed the role of SU President. It is an inspiring story with one lesson at its core – being at university is about so much more than just studying.

When asked what advice he would give other international students, he doesn’t have to pause. “My advice without a doubt is get involved! Learn about British culture, make friends from around the world and make the most of your time on campus. If you don’t like something be part of changing it and don’t think the SU isn’t for you.  It has something to offer every student, you just have to find it!

Share your story with GB Mag today and inspire other international students. Email us at UKBBF@greatbritishmag.co.uk. Click here for another UK Student Story. 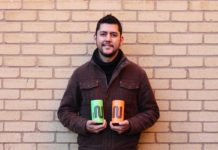 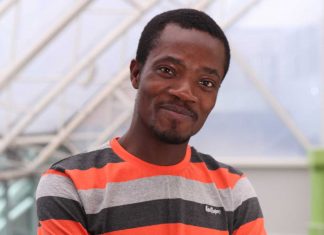 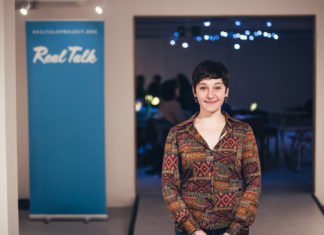