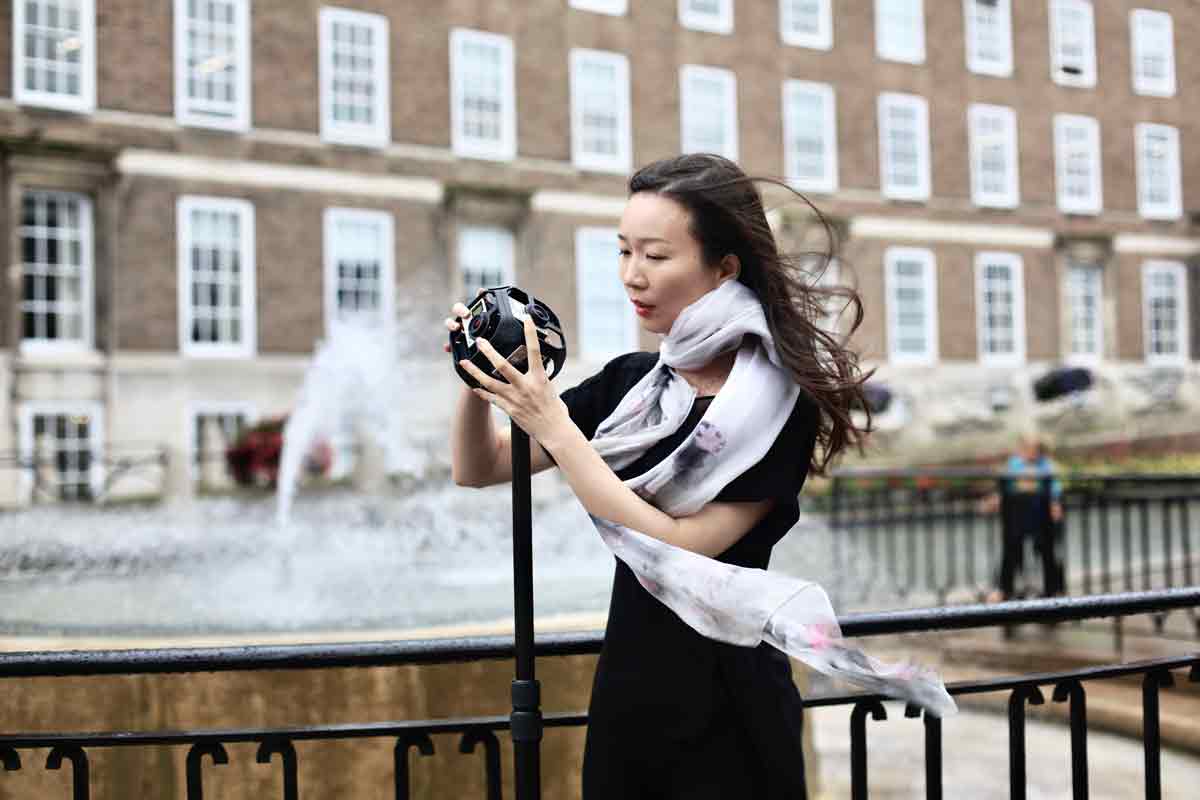 This article about following the creative road from Beijing to Bristol was updated by the Great British Mag content team on 27 January 2021.

Liping Pan had spent eight years honing her skills as a television director at a station in Beijing. But in 2015 she made a momentous decision: she quit her job and moved to Bristol – an English city she knew little about – to enrol in MA in Film and Television Studies. Little did she know her decision would eventually lead her to a career in creative business.

Her motivation was clear: “I realised that I needed to move my experience to an international level and see the world.”

Pan, 34, chose to study at the University of Bristol because of the international reputation of its film and television department. The university was one of the first British institutions to offer the academic study of film and television. And the city is a hub for production and post-production thanks to organisations including BBC Bristol and Aardman Animations, the producer of the Wallace and Gromit animated films.

Studying and working in Bristol

The move from Beijing to Bristol threw up “many, many surprises,” admits Pan. She found it easy to find details about courses in the UK, but much harder to get a sense of what studying at a particular university might be like. “When I was in Beijing I wish I could have seen more videos about what it was like to live and study there [in Bristol],” she says. “In a way that inspired me to start my own business.”

Pan is full of praise for her MA course. She met students from around the world and had work placements at BBC Bristol, home to the public broadcaster’s famous Natural History Unit. The journey in Bristol took her to the Encounters Film Festival as well, an annual celebration of short film and animation.

“I realised that I needed to move my experience to an international level and see the world.”

She graduated in September 2016 and got to work setting up her own production company. It was better to start a company in the UK because of her fluency in Mandarin and English, as well as her film and TV contacts in the UK and China. All these meant she could act as a bridge between TV companies in both countries. She hoped her initial disadvantages – moving to a new country and struggling with the language and culture – would become her advantages.

Setting up her business

Pan chose to set up in Bristol rather than London because she had grown to love the city and reckoned that the competition would be somewhat less fierce there.

Her first step was to obtain a work visa, which she achieved with the help of her university’s career service. Teaming up with another Chinese graduate of the MA in Film and Television, she formed Orange Vision Productions, a company specialising in 360-degree video production as well as forging links between Chinese and British production houses.

Recalling her own difficulty getting information about the places she would be studying in the UK, Pan hatched the idea of using 360-degree videos to make introductory films about universities and their courses.

“It’s a relatively new technology and there aren’t too many production houses doing it yet,” says Pan. The videos are shot on a special 360-degree camera that captures footage from every direction. That creates films that allow users to control their point-of-view using a mouse. Or they could do it by wearing a virtual reality headset and looking up, down and around. “It’s like being in the building, very immersive,” says Pan. Her company has already made an introductory film for the University of Bristol’s Centre for Innovation and Entrepreneurship and has discussed a more broad-based film introducing the university as a whole.

“…when I finished my degree I realised I wanted more of a challenge.”

Pan also has plans to use the technology to make wedding videos. Many Chinese couples visit the UK to make pre-wedding videos at iconic locations. such as The London Eye and St Paul’s Cathedral. “If they could have something unusual like a 360-degree video it would be very special for them,” says Pan.

When she isn’t shooting and editing videos, Pan is busy forging links between Chinese and British production companies. For example, she is currently helping a Chinese production company that wants to film a TV comedy about Chinese students living and studying in London. “They need help finding locations,” she says, “I’m also helping them find a local production company to work with.” Pan is also helping her former employer, Beijing Television Company, find a UK distributor for its series of documentaries about the history of China.

Pan admits that her life has been transformed by her decision to study for an MA in Bristol. “At the time [when she enrolled on the course] I just wanted to see more of the world and learn more. But when I finished my degree I realised I wanted more of a challenge.”

She loves her adopted home. She says: “People here are very nice.” There’s always something to do in Bristol, she adds, a city renowned for its diverse festivals and lively music scene.

Is there anything she misses about China? “My friends and family,” she says, “And the food!”

A small-town Georgia girl becomes a mature student in London