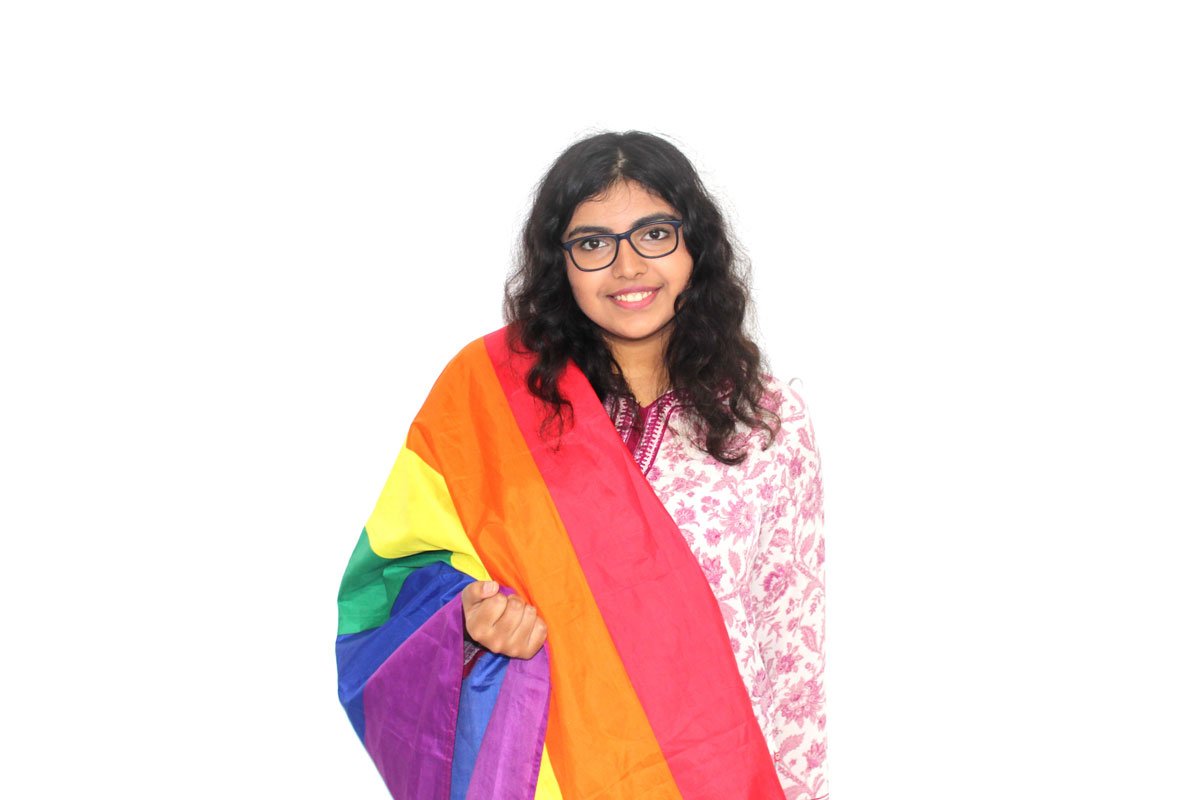 This article was updated by the Great British Mag content team on 1 Feb 2022.

Since the moment I received my acceptance letter from the UK, I had begun imagining the moment I would join my university’s LGBT+ society. I was so excited to feel that freedom of being amongst people who I could fit in with without keeping my sexuality a secret. I wanted everything to be perfect, after years of struggling with my sexuality.

However, when that day came something happened to me. I was terrified. I couldn’t speak. It was as if my heart wouldn’t calm down. For an hour, I could barely say hello to anyone without feeling the need to throw up. Walking back home afterwards, I was so angry at myself. I finally had the opportunity I wanted, and I didn’t do anything about it.

I thought that by simply being in a place, where I was allowed to be me, everything would improve. The truth was, I had escaped the homophobic societies I’d grown up in, yet they still hadn’t left me. In my subconscious, I was still terrified to be gay, even though I didn’t have a reason to be. I hadn’t anticipated this intense fear, that had grown over the years, to suddenly emerge. This fear was there because of being taught self-hatred. It was not possible to get rid of 18 years of damage overnight.

From a young age, I was aware of the negativity towards the LGBT+ community in my home country. I would often see transwomen on the streets begging for money and food but the adults around me would give spare change to other beggars but would completely ignore them. In my country, even though they legally have the right to education, healthcare, employment and housing they are often denied these rights.

“In my subconscious, I was still terrified to be gay, even though I didn’t have a reason to be.”

In middle school, I faced similar struggles as other LGBT+ kids. Trying to figure out who I was and not knowing who to confide in. I moved to the Middle East during this time. As I grew up, I did lots of research to find support but sadly I figured that I couldn’t confide in anyone because being gay could get me punished by law. The reality of how badly I could get punished didn’t hit me until the last two years of high school. This was when someone in my school spread nasty rumours about me, which got nastier as they spread. Eventually my supervisor called my parents to school. She talked to them, telling them that the police could get involved and that I desperately needed help, otherwise my entire family could get deported along with me.

For two years, everything I did was a secret. My relationships with girls never lasted because I knew they would ultimately end in misery. All my social media messages were being strictly monitored by my parents And I was regularly deleting everything off my phone. I felt as if I was constantly tiptoeing on the verge of either fighting with my parents or making them cry. Neither of them talked to me openly about why they were angry, and this changed my relationship with them forever.

The hardest part for me was remaining silent. No matter how angry or hurt I was I couldn’t do anything about how anyone saw me or spoke to me – I was made to feel like the one in the wrong.

“For two years, everything I did was a secret. My relationships with girls never lasted because I knew they would ultimately end in misery.”

It took me a long time to let go of all the anger and suffering that had accumulated over time (although I can’t say that I am completely over it). During most of my first year at university I was actively sorting out my feelings, so I could get over my fear of being in an LGBT+ space, and it became much better for me. I got happier and really blossomed in the new environment. I even became a committee member of my LGBT+ society. And by the end of the year I was able to give talks about being gay to a whole room of people. Most importantly, I wasn’t half as scared of being myself as I used to be.

However, the end of my first big fear marked the beginning of my second. This was realising the cold, hard truth that even if I ended up settling in the UK I would still be at war with the rest of my extended family, who live in a society that doesn’t accept the LGBT community.

Even if I decide to not go back, start a new life away from everyone, what would happen to my mother, father and brother who will then bear insults for me for the rest of their lives? Would they deserve to go through that? Wouldn’t it break my heart to know that I was selfish enough to sacrifice my family for my own happiness? 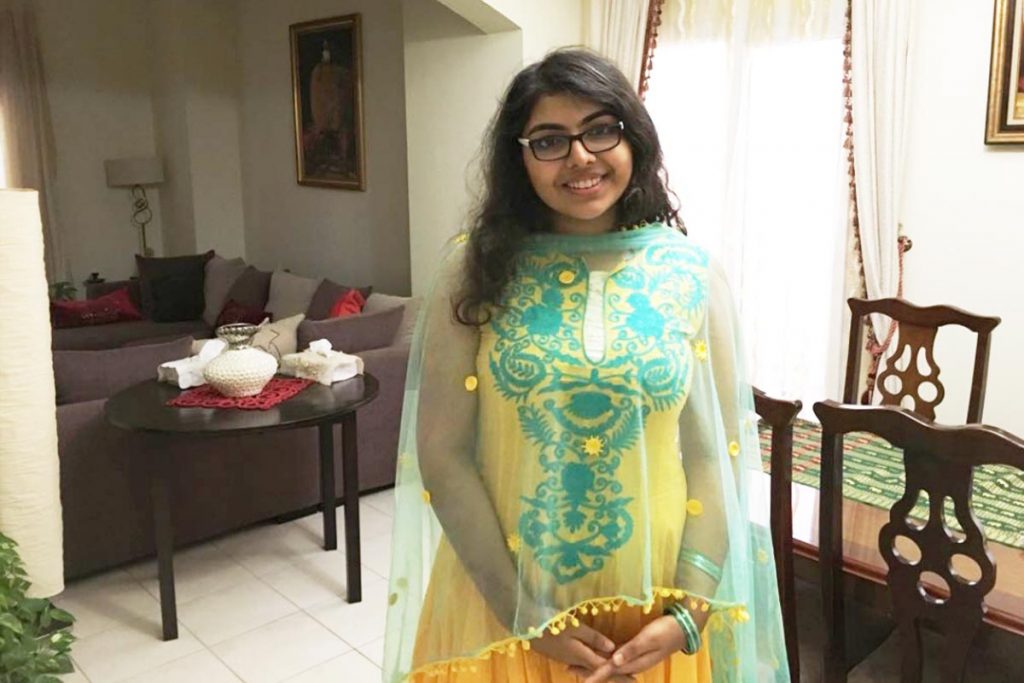 These are the questions to which there is no end, because right now I can’t see a way it could all end well. I have developed a fear of being selfish. By choosing my happiness, I will deny my family theirs. I feel so guilty lying to my parents about not going to gay bars when they call me, because I know that they worked hard to trust me again. Ultimately, I will have to choose someone’s happiness over someone else’s.

So, what is the point of being out about my sexuality for a few years until I have to either disappoint my family or force myself to marry a boy who I will never love? Why am I spending time and effort involving myself with my community? To be honest, I’m not completely sure. All I know is how I feel. Being able to publicly fight for my community’s needs, I feel as if I am doing something valuable. Being able to be open about my sexuality after years of hiding it, feels freeing. Being able to wake up next to the girl I love, my God, I wouldn’t trade that feeling for anything else. These feelings are what make us hopeful, for a better future.

I know that a lot of us are still scared to come out for many different reasons. But honestly, we owe this happiness to ourselves. We are so much happier being who we are. Perhaps in the future, the laws in my home country, along with the attitudes of society will change, little by little. Maybe we will find a solution to keep everyone happy, but for now, there is no use punishing ourselves by keeping ourselves away from who we are and who we love.

Need some help and advice? Go to your university-based LGBT+ officers or get in touch with the National Union for Students (NUS) LGBT+ officers. You can also meet other LGBT+ students by joining your students’ union’s LGBT+ society and by getting involved in the NUS LGBT+ campaign.

Where to get contraception

What you need to know about dating in the UK