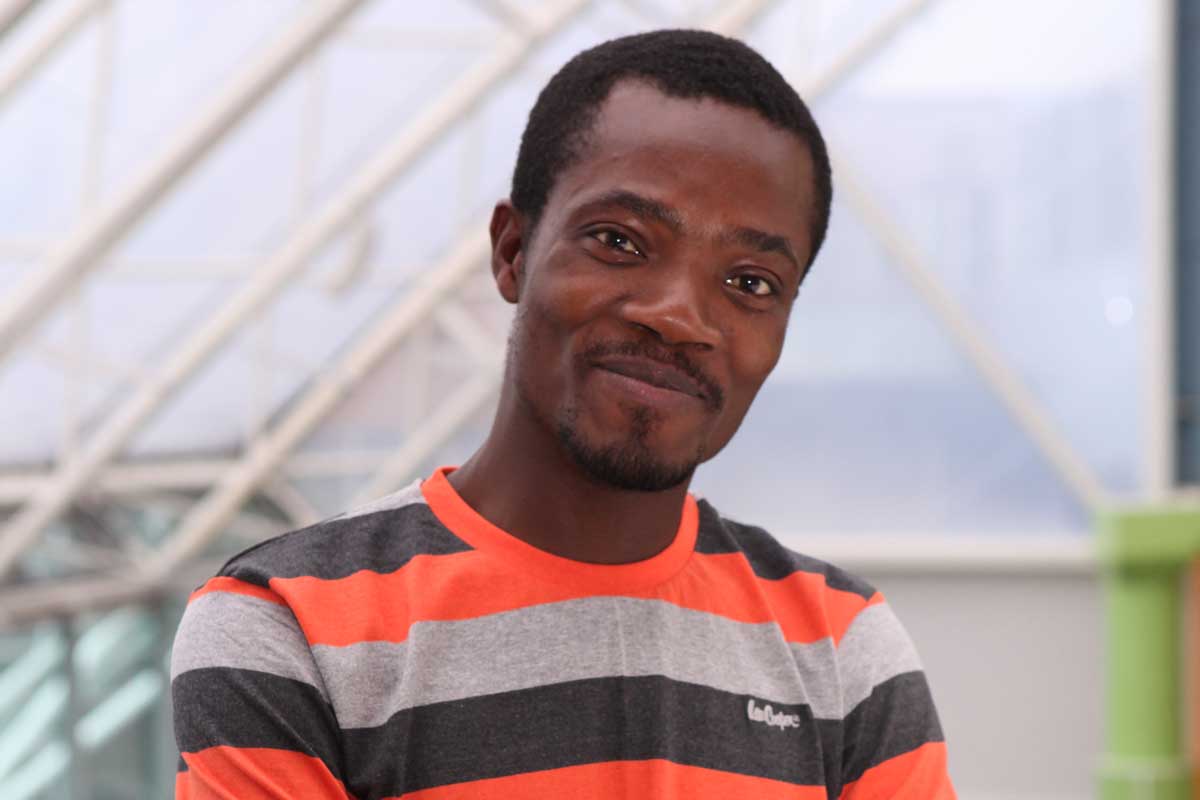 Samuel Kwasi Awudi, from Ghana, professes that “Bradford has everything that anyone could want.” It has a great university and the city, which sits at the foothills of the Pennines, provides a beautiful and calming backdrop.

A recent graduate in MSc Finance, Samuel came to the UK already knowing quite a bit about Bradford. He reveals that many Ghanaians have heard about the city and know it is a welcoming place with a world-class university.

He explains how he weighed up the benefits of coming to the UK as opposed to America, but really, he had made his decision at the age of 11 years old. “In Ghana, being educated in the UK is prized. People take their education very seriously and start planning from a young age.”

Samuel is the youngest of ten siblings and he is the only one to have had the opportunity to study abroad.

He takes this opportunity seriously, and when asked what he is going to do when he goes back to Ghana, he has a clear plan. He wants to improve the situation of people in his country.

Samuel’s caring nature is demonstrated by the community work he has been doing whilst studying. He has juggled his studies with being involved in a befriending programme for the elderly in the city.

He tells me this work is close to his heart as he believes his maternal grandmother lived to 120 years old because she had lots of people visiting her every day.

Some of the perks of being a volunteer for Age UK, he says, has been the opportunity to hear the stories of the older citizens and try British food at the drop-in centre. Despite Bradford being the curry capital of Britain, his favourite meal is shepherd’s pie, which he will continue to cook when he goes back to Ghana.

His community work has also given him a chance to work on his Yorkshire accent. Whilst he sometimes struggles with the accent he is in no doubt that he loves the locals, the culture and Bradford, which is surrounded by scenic countryside.

“People are just so nice, so open and humble here and they like to have fun. I go to my local pub and love the fact everyone speaks to each other. They will play music and people like to have a dance, me included.”

Samuel also mentions the perception he and most Ghanaians have of Brits as being incredibly polite. That has been proven to be absolutely correct. He shares an early experience of moving to the UK and trying to thank people for their kindness, to which the regular response would be “don’t worry about it” or “it’s not a problem.” That baffled him for a while but he has since learnt that British people are quite modest.

The other thing Samuel has been impressed with in the UK is British TV. He observes that the media is free and liberal and the quality of programmes are very high. His favourite programmes have included BBC News, Top Gear and I’m a Celebrity…Get Me Out of Here.

“People are just so nice, so open and humble here and they like to have fun.”

I ask Samuel what he will be taking away with him from his experience of studying in Bradford, apart from shepherd’s pie. He laughs and says, “Well, I am definitely going to be buying a few CDs to take back with me, so I can share my new music tastes with friends back home. And one of them will definitely be Little Mix, a UK girl band that I have come to love – especially their song ‘Black Magic!'”