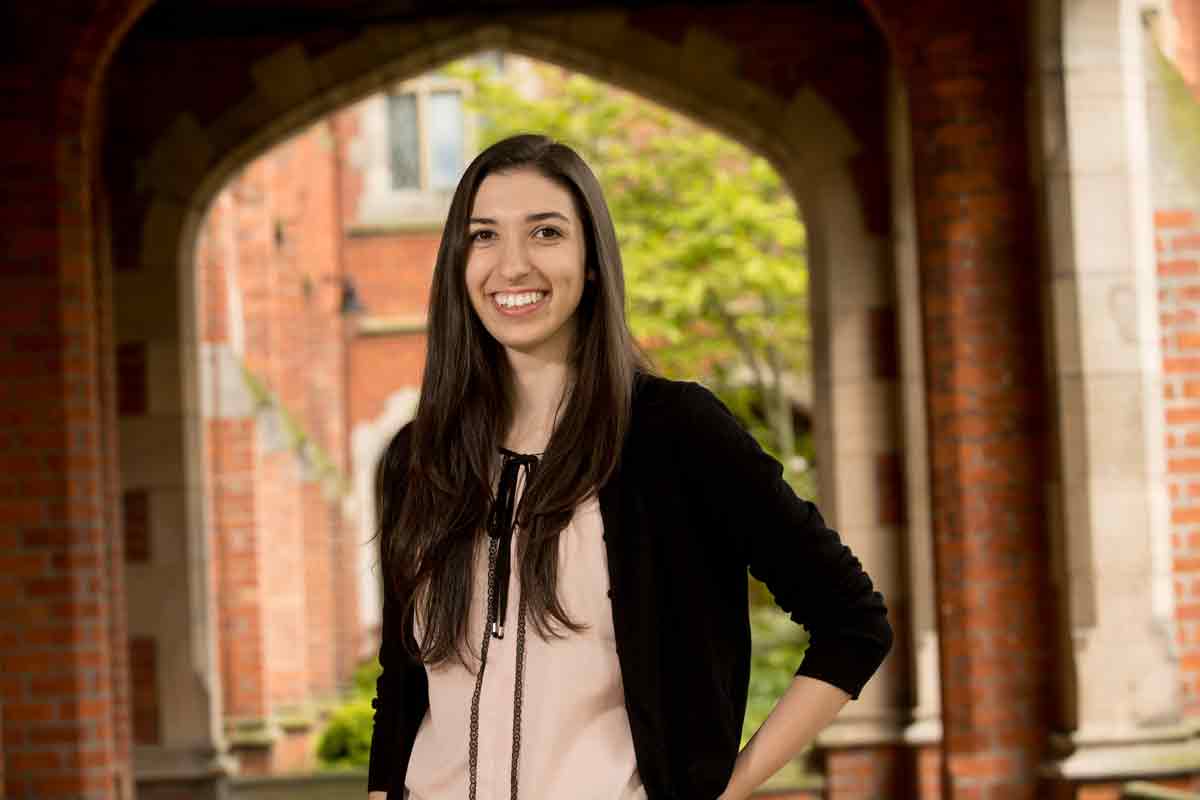 This article about the inspiring Bulgarian student who calls Belfast home was updated by the Great British Mag content team on 27 January 2021.

Margarita Petkova was born and raised in Bulgaria, but the 23-year-old now speaks English with a distinct Belfast accent. She says it is evidence – along with her enthusiasm for Irish stew and a pint of Guinness – of her love affair with Northern Ireland’s largest city. What is Petkova’s journey like from Bulgaria to Belfast?

“I do feel part Northern Irish now,” says Petkova who is in her final year studying Politics, Philosophy and Economics (PPE) at Queen’s University Belfast. “All my friends are from here and I know their stories. I love Belfast and I would love to stay in Northern Ireland and raise a family here. Belfast is a growing city that provides a lot of opportunities for young people.”

Petkova has certainly made her mark both on and off campus since arriving in the Northern Irish capital. As the first foreign national to become the UK Young Ambassador for Northern Ireland, she is responsible for giving the region’s young people a voice at the European Union. Every six months she presents their concerns about issues to policymakers, who gather at the biannual EU Youth Conference. These issues range from mental health to access to education.

“Belfast is a growing city that provides a lot of opportunities for young people.”

Aspiring to start a marketing business and enter politics

You might think her studies and her EU ambassador role would fill her calendar. But Petkova has also found time to be a committee member of both the debating society and the economics society. She has represented her university in Kuala Lumpur at a global leadership development programme. Currently, she is drawing up a plan for the business she hopes to start in Belfast after graduating.

“I wouldn’t mind working for someone else, but in the past few years I’ve developed a great sense of independence,” she says. “I think working as a business owner would suit me better.”

Her aim is to set up a company that specialises in experiential marketing. It is a form of event management that seeks to create a bond between a company and its consumers by immersing them in fun, memorable experiences. An example would be a skydiving event sponsored by an energy drink company. “I want to establish the business here in Belfast because they have a great business support network,” she says.

“I think it’s a bit naïve to come out of university at 23 and go straight into politics.”

Petkova’s interest in business is consistent with her long-term goal of entering politics. “I want to be involved in policymaking, but I think it’s better to experience the world first,” she says. “I think it’s a bit naïve to come out of university at 23 and go straight into politics.”

Making her move to Belfast

Petkova’s journey as an international student actually started in London when she moved there, in 2013, to study event management. But after getting involved with an organisation called My Life My Say – a non-partisan group that aims to get young people engaged with politics – she had found her calling. “I remember thinking, ‘This is the real deal – this is what I should be focusing on.'”

Petkova did some research and became fascinated by Northern Ireland’s complex political history. She took the plunge and enrolled in Politics, Philosophy and Economics at Queen’s University. Her first impression was that it was wetter than London and there were far fewer international students.

“It was a bit scary on my first day,” she admits. “I was the only international student in my class and I thought, ‘Either I’ll be an outcast or I’ll make really good friends.'” She made a conscious effort to get to know her fellow students and now says she couldn’t have asked for better friends.

She does admit that it took her some time to settle but she did this by jumping into university life with both feet and joining a couple of societies and clubs.

The other thing that took her a while to figure out was the Belfast accent but she says that “you adjust very quickly.” And because she has been forced to speak and express complex ideas in English all the time for her course, her English skills have improved immensely. Apart from picking up a Northern Irish accent, she has also developed a taste for local delicacies including Irish stew, Guinness, fish and chips and even deep-fried Mars bars!

“I was the only international student in my class and I thought, ‘Either I’ll be an outcast or I’ll make really good friends.'”

She now shares her experience by being a buddy for new international students. The role can involve directing them to where they can pick up ingredients so they can cook dishes from back home. Sometimes she invites them over for dinner so they can start making new friends.

What would she say to other international students considering Belfast as a place to study?

“They should definitely come – I really recommend it. Belfast is great in the sense that it is and isn’t a big city. It can provide all the opportunities and fun of a big city, but it is small enough that you can walk to everything and in a few weeks you can find your way around.

Are her family worried they’ve lost her to Belfast? “Not at all,” she laughs. “They’ve all been over here and they love it too.”

This student’s love for Glasgow started at the airport