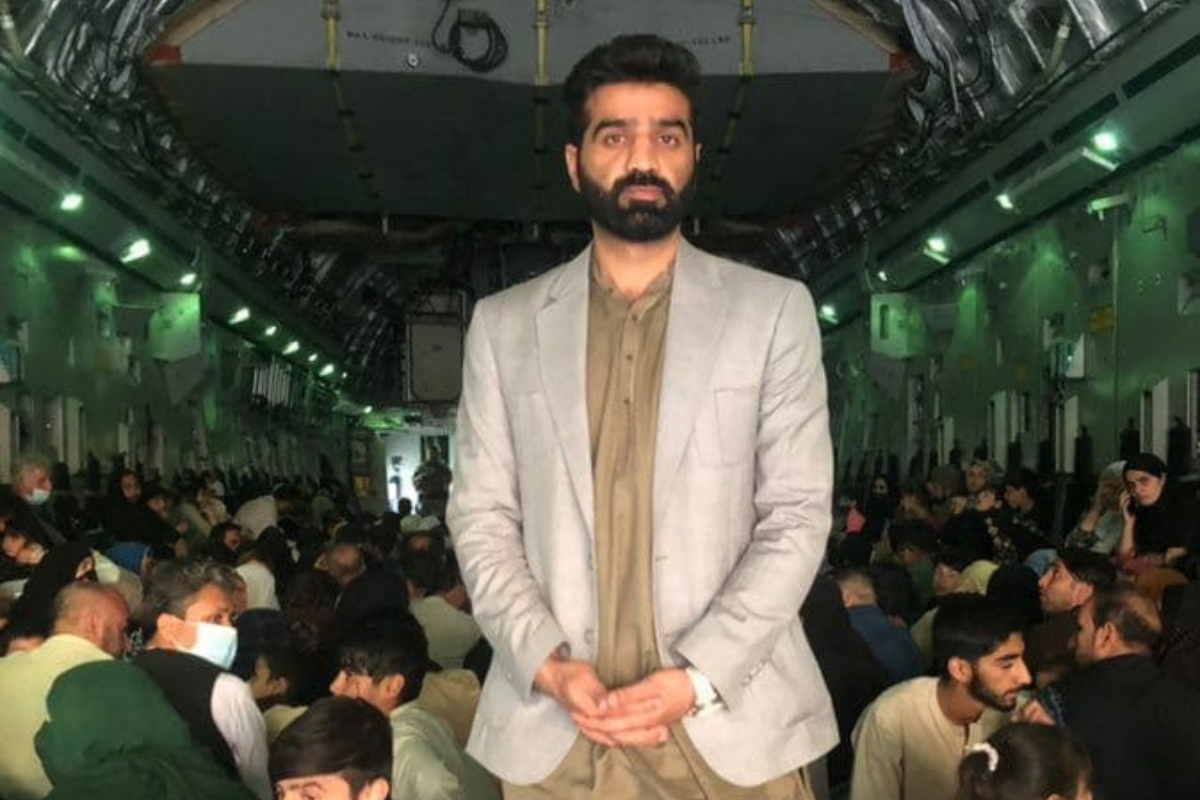 Naimatullah Zafary, a Chevening scholar from Afghanistan, was “relieved not to hear the sound of bullets” when he arrived in the UK to start his studies after the Taliban returned to power in Afghanistan.

He boarded one of the last British flights evacuating citizens from Kabul, along with his parents, wife, and four children to head for a new life in the UK – a journey which he describes as being “tragic and traumatic.” And only a couple of days after he and his family boarded the flight – a suicide bomb attack killed 60 Afghans and 13 US troops awaiting flights from Kabul Airport. As Naimatullah explains, “We came from where you can only hear the sound of blasts, the sound of bullets” so “it has been a great relief” to arrive safely in the UK.

And the country and people he has left behind are never very far away from his thoughts. He is passionate about wanting to support the Afghan people during his studies and hopes to petition UK universities to provide scholarships for students from Afghanistan. And he hopes to work with Afghan youth groups, via online platforms, to share what he is learning in his degree.

Naimatullah also has a bigger dream and that is to help improve literacy rates in Afghanistan. As he states, “the literacy rate has not changed in Afghanistan” in spite of having “one of the highest youth populations” in Central Asia. He explains: “we have a region with one of the highest youth populations—which is a strength—but we do not use it properly. They are all jobless. From an educational perspective, they are nowhere.”

“The literacy rate has not changed in Afghanistan” in spite of having “one of the highest youth populations” in Central Asia.

Although Naimatullah wants to return to Afghanistan, he fears for the future of his nation after witnessing the return of the Taliban and his voice breaks as he talks about what he witnessed before he left his country. And closer to home, he talks about his fears for his daughters if he returns to Afghanistan. “As a father of three girls, it’s too difficult to say ‘let’s move back to Afghanistan’. If I took my three daughters back to our country, I would have to tell them that they cannot have an education.”

“If you stand, they will beat you. But you stand – the nation has decided that they will stand.”

Yet he is not without hope either. As he expresses: “this is not the nation of twenty years ago. The people have changed. You will see women demonstrating for their rights and standing up for their education. They will be challenged, and it will be difficult – if you stand, they will beat you. But you stand – the nation has decided that they will stand.”

But Naimatullah knows that his country needs outside assistance and he hopes that the world will not forget about Afghanistan once it is out of the headlines. As he says: “the people of Afghanistan really need the world to stand with them, to support them.”