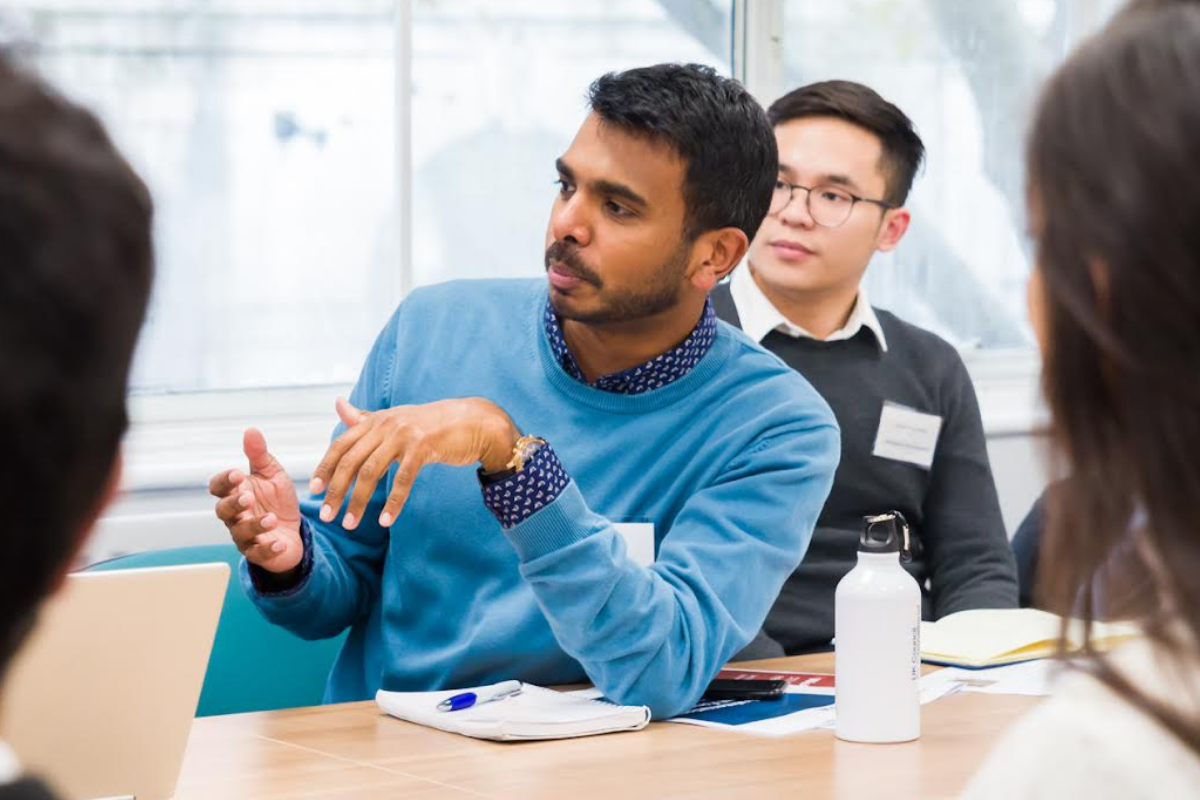 This article was published by the Great British Mag content team on 10 May 2022.

When Nebu George first arrived at Bangor University, he never thought he’d get involved in lobbying for the rights of international students. In fact, at first, he hardly even talked to anyone.

He admits that in those early days he was the student who would stay in his room. And spent his first two months in university accommodation avoiding his shared kitchen by surviving on takeaways and readymade meals until one day his flatmates invited him to cook with them.

Over time, Nebu slowly built his confidence and started socialising. He even spent his summer between first and second year attending events organised by Bangor’s International Office. It was at one of these events that someone first suggested he would make a good student ambassador.

Nebu says that his position as a student ambassador at Bangor, where he was responsible for giving tours and talking to potential students about his experience, was really the thing that brought him out of his shell. And in 2019, his university chose him as their representative for a conference organised by the UK Council for International Student Affairs, or UKCISA, whom Nebu had never heard of. But while there, he learned all about UKCISA’s work lobbying for policy changes to help better support international students. For the first time, Nebu also got to meet other international students who were just as involved at their universities as he had become.

Being part of the conference and talking with the other students made Nebu more aware of the common issues international students face and just how much work needed to be done to tackle them. So, quite out of character for him, he decided to apply for the UKCISA Ambassador Programme.

He admits he didn’t think he had any chance of being accepted, especially when he compared himself to the other students he met at the UKCISA conference. But in the end, he thought it was worth a shot and managed to get his application in only two minutes before the deadline.

For many international students, the already difficult process of finding a graduate job can be made even more complicated by visas, misinformed employers, and a lack of support. In Nebu’s words, “Careers and employability departments in most UK universities are not equipped at all for international students,” especially those who may want to return to their home countries where CVs, interviews, and other aspects of the job hunt may look totally different.

As he was exploring these issues, Nebu also found out that, at the time, his home country of India didn’t recognise the one-year programmes offered by nearly all UK postgraduate degrees. This meant that students who received their masters in the UK couldn’t apply for further study in India because the universities there simply wouldn’t accept their degree, which he thought was scandalous.

Nebu presented his research to UKCISA and helped to develop it into a policy paper, which he then went on to speak about at several conferences. And with each talk, his confidence in public speaking grew, and more and more UK leaders became aware of the problem. And somewhere, the right people must have been listening – because only a few months later, an agreement between the UK and India was announced that secured a mutual recognition of degree programmes between the two countries.

Even now, he’s rather modest about his impact. “It might have been soft lobbying,” he says, “where I started talking about it, then someone else started talking about it, and then it reached the right ears.” But this achievement, accomplished however softly, has made him realise the power he and his peers have to make positive changes for the next generation of students.

Nebu has realised that sometimes all it takes is one person with the right experience to get the conversation moving in the right direction. He thinks too many international students “tend to internalise all the problems that they come across. But it’s only when people become aware of these unique issues that they can be solved.”

Nebu’s ambassadorship with UKCISA ended last year, which has allowed him more time to focus on completing his PhD in geochemical archaeology at Bangor. And with his newfound confidence, he has thrown himself into teaching and researching and no longer has any problems voicing his opinions and sharing his knowledge.

Before we wrapped up the interview, Nebu shared a piece of advice for today’s and tomorrow’s students – “get involved in whatever capacity possible.” Because change can happen, and “there are thousands and thousands of international students who will come after us and reap the benefits of whatever small changes we can make.”

This student’s love for Glasgow started at the airport