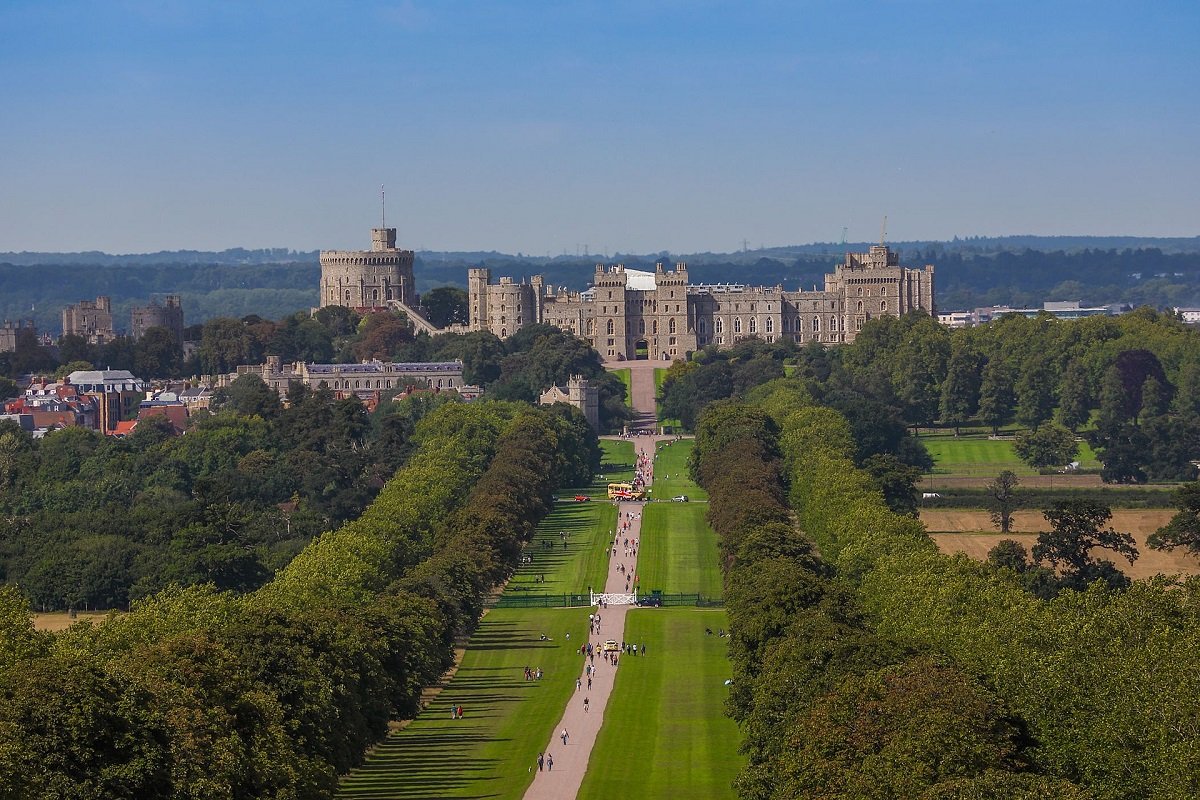 If you want to experience the history and daily life of British royals for yourself, Windsor is the place to do it. This peaceful riverside city has a towering royal presence. Kings and queens have called Windsor Castle home for roughly a thousand years and the current Queen still likes to hang out there on weekends.

It is where royal weddings take place, where monarchs hid from bombs during the Second World War, and where famous kings and queens are buried. Walk in their footsteps when you visit Windsor.

What to do in Windsor

Royal-watching is a must in Windsor as the Queen regularly spends time at Windsor Castle. You know Her Majesty is in residence if the Royal Standard flag is flying from the Round Tower.

The castle is pure opulence, so be sure to take your time as you wander through lavish state apartments and fine art collections. Alongside Rembrandt and Michelangelo, one of Windsor Castle’s greatest works of art is Queen Mary’s dollhouse – a tiny time capsule of 1920s life complete with working electricity and a mini library with over 700 real books.

For a real insider’s view of the castle, pick up a free audio guide in the courtyard. They’re introduced by Prince Charles and narrated by staff from the Royal Household.

Stop by St George’s Chapel to get a peek at where Prince Harry and Meghan Markle tied the knot and make sure to catch the Changing of the Guard, which is 45 minutes of pure British regimental pageantry.

Afterwards, take a stroll through Windsor Great Park. It’s full of people-friendly red deer that may hold still long enough for a selfie. If your feet are tired, book a carriage ride with Ascot Carriages and cruise around like royalty.

Windsor boasts another world-class wonder: the biggest Legoland in the world. Legoland Windsor is a massive theme park full of rides, games, and of course Lego. Amazing sculptures dot the park and if you’re truly mad about Lego, you can even stay in a Lego-themed castle.

For more sophisticated fun, catch a horse race at the world-famous Ascot racecourse. The posh course attracts the rich, famous, and royal. Be sure to dress in your finest and brush shoulders with the glamorous crowd as you sip champagne.

No trip to Windsor should be without a trip to the world-famous Eton College, the school for Britain’s wealthiest boys. Founded in 1440 by King Henry VI, Eton is a historic gem. Admire the fancy architecture and then wander down to Eton’s high street, which is full of antique shops and art galleries.

Where to eat and drink in Windsor

Windsor is as British as British can be, so a pint of bitters in a traditional pub is a must. Two Brewers is a top choice; it’s right by Windsor Great Park. The 18th Century pub has low-beamed ceilings and a roaring fire, with a stunning garden for the summer months.

For lunch with a view, head to Bel & The Dragon. The traditional restaurant serves a spectacular view of the castle, as well as a roast lunch with duck fat potatoes and Yorkshire puddings. Satisfy your sweet tooth with an Eton Mess – a bowl of strawberries, broken meringue, and whipped cream. This famous English dessert was first served at Eton College in the 1930s as a treat at the annual cricket match between the pupils of Eton and their arch rivals, Harrow.

If you’re looking for something more modern grab a meal at Test Kitchen, Windsor’s first gourmet food truck. You can usually find it by the Windsor & Eton Brewery or the Loading Bay Café. Chow down on Korean pork belly baps, vegan quesadillas with sweet potato and smoked chilli sauce, and gin-cured salmon. Don’t worry about trash – Test Kitchen uses compostible containers made of sugarcane.

End the day with a tipple at the Windsor & Eton Brewery serves their local drinks with a show. They host music, comedy, and street food events as well as bottling signature beers like Harry & Meghan’s Windsor Knot. Catch a behind-the-scenes tour to find out how the beer is made.

Where to shop in Windsor

Around here, royalty rules, and the shopping scene is no exception. The Windsor Royal Shopping arcade sits inside a Grade-II listed Victorian railway station. It retains lots of its original features, like the Jubilee Arch and Queen Victoria’s Royal Waiting Room. If you are into vintage and retro visit Thames Hospice Vintage & Retro, which only sells vintage goods donated by locals. The shop is full of cool clothes and unique accessories, making it a treasure hunt as well as a shopping experience.

Finally, Peascod Street is lined with high street shops where you can pick up anything you need. On the the third Saturday of every month, the bottom of Peascod Street hosts the Windsor Independent Market. It’s a great place to sample some local food or grab a snack to go.