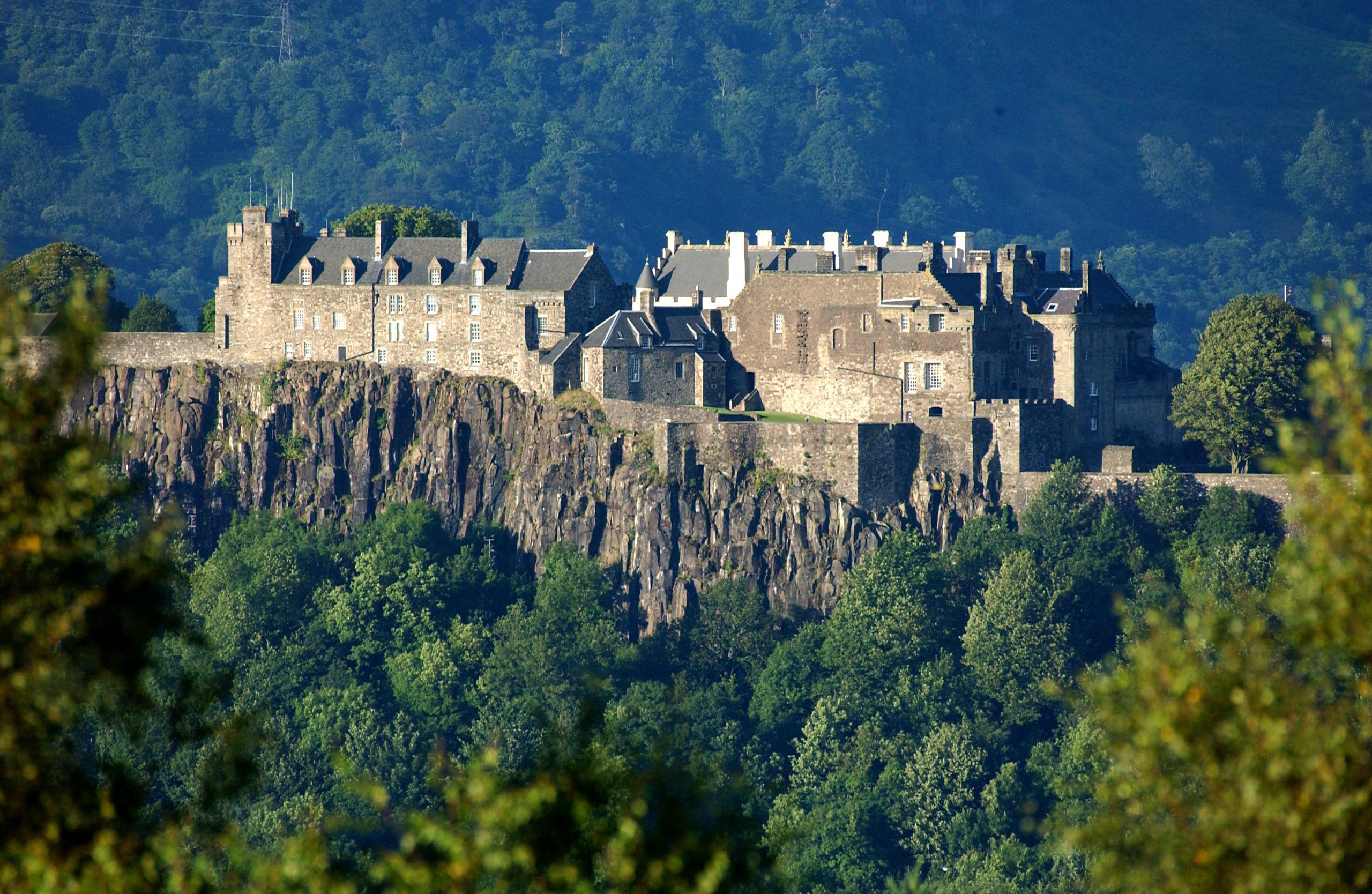 Often nicknamed ‘the gateway to the Highlands’, Stirling is the bridge between the Scottish Highlands and the Lowlands.

Stirling is also home to one of Scotland’s most visited attractions, Stirling Castle, and some of its most treasured historical sites. This is where coronations took place, battles were won and castles were conquered.

William Wallace defeated the English against all odds in a monumental battle that took place here. He became the Guardian of Scotland and a monument was built atop Abbey Craig overlooking the battlegrounds. Hike to the top for a view across the medieval city.

The University of Stirling is regularly described as one of the most beautiful universities in the world due to its jaw-droppingly beautiful location, which is comprised of 330 acres of grounds, a castle and the verdant Hermitage Woods. You’ll find yourself whisked away and enchanted by one of Scotland’s greatest cities.

1) Most of the TV series Outlander was filmed in and around Stirling. Outlander is an exciting series that switches between 18th century Scotland and World War II. Watch it in your study breaks and see how many Stirling monuments you can see.

2) Stirling is the youngest city in Scotland. It was granted city rights in 2002 at the Golden Jubilee of Queen Elizabeth II.

4) The oldest surviving football in the world was discovered hidden in the walls of Stirling Castle. It probably belonged to Mary Queen of Scots, who was a huge football fan. She likely put it in the wall to prevent it from being cursed by witches.

5) Stirling is one of the wettest places in Scotland so be sure to pack an umbrella!

What to do in Stirling

Clinging to the side of a craggy rock overlooking the Scottish Highlands, Stirling Castle is the gateway to understanding Scotland’s storied past and fight for independence. Scotland’s most visited attraction has changed hands many times, seen plenty of battles and was once home to the infamous Mary Queen of Scots. Exploring its sprawling grounds will immerse you in its medieval history.

Don’t forget to visit Argyll’s Lodgings located just outside the castle. The 17th century townhouse was originally built for noblemen that served the royal court. It provides a fascinating insight into royal life with its elaborately decorated rooms and Renaissance–style exterior.

There are two things that everyone must try on a visit to Scotland: haggis and whisky. The latter is definitely more enjoyable than the first. Just a few miles outside of the city centre is Deanston Distillery, an award-winning whisky distillery that will take you through an interactive step-by-step tour of how whisky is distilled. You’ll even get to enjoy a tasting or two.

Take time to wander around Stirling’s expertly preserved Old Town. If you’ve got a strong stomach, stop by the Old Town Jail. You’ll be taken on a visual expedition that highlights all of the city’s gory bits, introduces you to notorious hangmen and tells tales of murder, punishment and torture.

There’s no denying Sterling’s beauty. To capture the perfect shot of the city, follow the Lovers Walk on the way to the Wallace Monument. It meanders along the River Forth through the city centre, providing you with unrivalled vistas.

Where to eat and drink in Stirling

We’re not sure we want to tell you exactly what’s in Scotland’s national dish, haggis, because you might not be so keen on trying it after. Let’s just say it’s an acquired taste and it’s not suitable for vegetarians. The brave amongst you can sample it at Nicky-Tams, one of the oldest pubs in Stirling.

What started out as a street food truck selling flatbreads, tacos and incredibly moreish mac ‘n’ cheese out of a much-loved vintage Citroen H Van quickly turned into a permanent café. Loving Food won the hearts of the community and now serves breakfast, lunch and dinner.

Curly Coo Bar is Stirling’s only whisky bar and stocks over 130 different types of whisky. Owner Mandy knows everything about Scottish whisky and prides herself on being able to pick a whisky out suited a person’s personality. Visit for a tasting and a wee dram (Scottish slang for a small drink).

Be sure to nose around the Farmers Market held on Port Street every second Saturday of the month. You’ll be able to sample some of Scotland’s finest artisan producers and stockpile things like freshly–caught seafood, finger-lickingly good fudge and delicious cakes, scones and biscuits.

Where to shop in Stirling

There’s a well-kept Victorian shopping arcade in the heart of the Old Town. It stretches from the railway station to King Street at the foot of Castle Rock and is brimming with independent shops.

The Thistle Shopping Centre contains top high street brands all under one roof including the huge department store Debenhams. Bargain hunters will want to head to Primark, though – you’ll find an array of super-affordable clothes, shoes and home wares.

If you want a truly unique souvenir from your time in Scotland then you’ll need to visit Stirling Bagpipes. The bagpipes are the musical symbol of Scotland and are played at weddings, funerals and festivals.